Take a half day tour to Jerusalem old city including all the holy places: Visit Via Dolorosa, Mount of Olives, Christian and Armenian Quarters, Cardo, Western Wall in Jewish Quarter and more. Continue along the Via Dolorosa to the Church of Holy Sepulcher.

Jerusalem Half Day Tour from Jerusalem 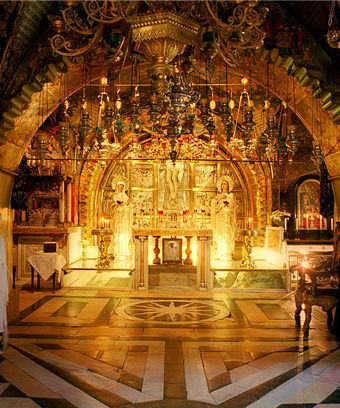 Your half day tour in Jerusalem starts with a breathtaking panoramic overview of Jerusalem old city from Mount of Olives. Here your guide will introduce to you some of the facts and stories behind the city.

Next our stop will be at Mount Zion to visit King David’s tomb, the Room of the Last Supper and the Dormition Abbey.

The Cenacler Room on Mt Zion in Jerusalem is where two major events in the early Christian Church are commemorated: The Last Supper and the coming of the Holy Spirit on the apostles. The Last Supper was the meal Jesus shared with his apostles the night before he died. During this meal he instituted the Eucharist. The coming of the Holy Spirit, at Pentecost, is recognized as marking the birth of the Christian Church. The Cenacle is on the upper floor of a two-storey building near the Church of the Dormition, south of the Zion Gate in the walls of Jerusalem’s Old City.

Next, enter the Old City to see the Wailing Wall, Temple Mount and Church of Holy Sepulchre.

Enter the Jerusalem old city passing the Armenian Quarter, one of the four quarters of the old city of Jerusalem.  Pass by Armenian Monastery.

Move on to the Jewish Quarter and the tread the recently restored Roman road of the Cardo.

Continue your tour in Jerusalem old city, proceed to Christian Quarter to walk along the Via Dolorosa  the path that Jesus walked, carrying his Cross, on the way to his crucifixion, follow the Stations of the Cross ending at the Church of the Holy Sepulchre, identified as the place of the crucifixion and the Tomb of Jesus of Nazareth.

I am the resurrection and the life; whoever believes in me, even if he dies, will live, and everyone who lives and believes in me will never die. John 11,25

The tour ends at 13:30 in the Jerusalem Old City near to Jaffa Gate, where you can continue with your own.  No return service included with this tour.